The Bijagos Archipelago in Guinea Bissau is the focus of attention of a large scale ecological research project (2018-2022). The project is funded by the MAVA foundation and is a collaboration between Guinean, Portuguese and Dutch research institutions:

This blog keeps a photo story of the project, made by Theunis Piersma – starting January 2019.

The first week of field work in 2019, at Urok. The NIOZ/RUG team with El-Hacen teaching the next generation of biologists and, and Jannes Heusinkveld, specialist of field data collection with drones, testing equipment. 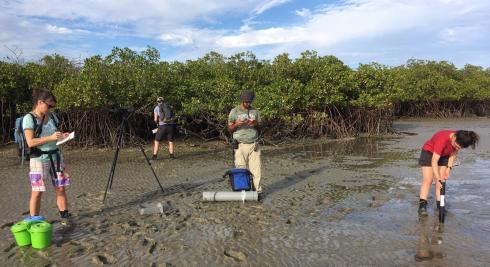 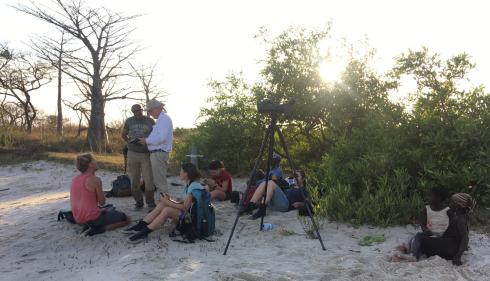 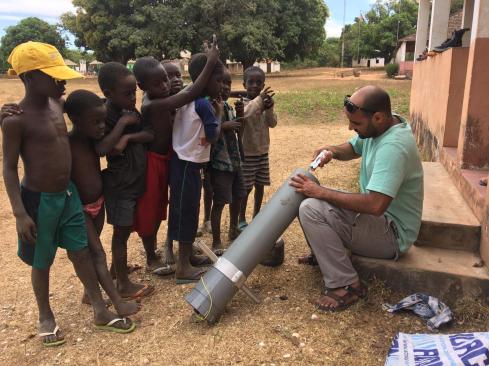 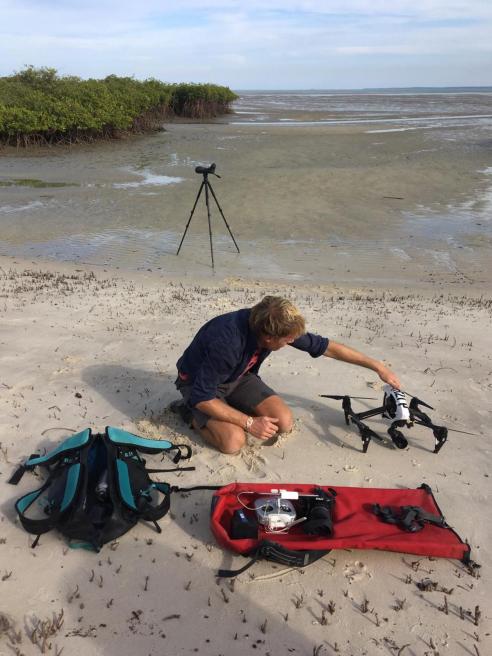 The progress workshop of the steering committee of the Mava Foundation project ‘Waders of Bijagos’, was held on 27-28 January 2019, in Casa do Ambiente/IBAP in Bubaque, Bijagos, Guinea-Bissau. 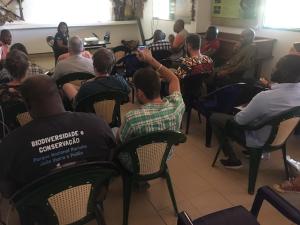 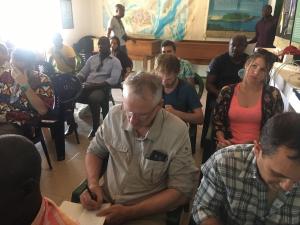 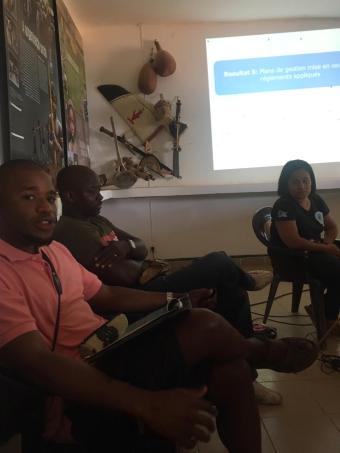 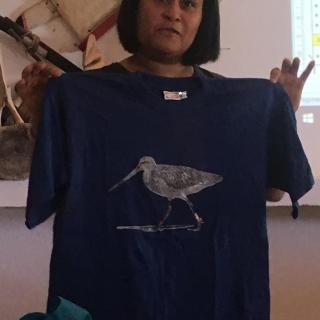 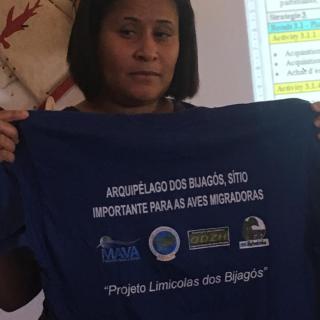 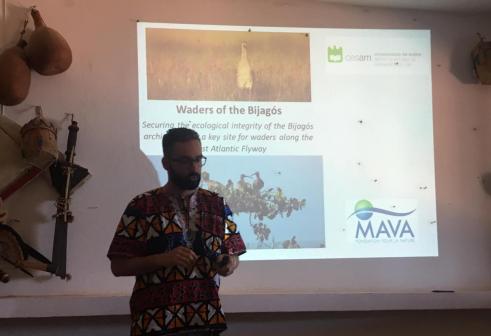 Afonso Rocha, from Universidade de Aveiro, presenting lots of resightings, esp. of Bar-tailed Godwits, that were colour-ringed in N Europe, including The Netherlands! 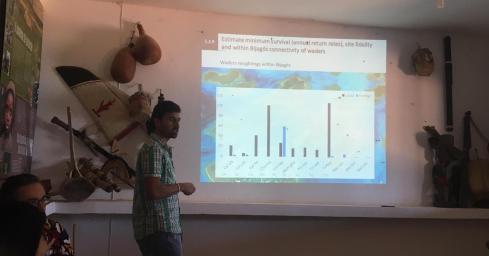 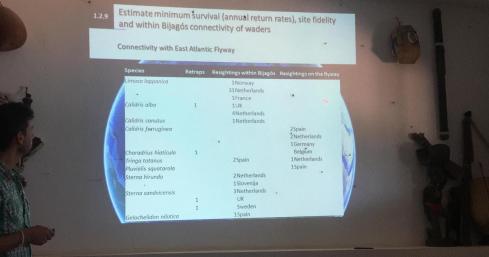 Teresa Catry of Universidade de Lisboa, one of the researchers behind Tidal Wings.

El-Hacen Mohamed El-Hacen presenting SIBES Bijagos for the second phase of the MAVA Project. The design of de SIBES Bijagos grid is based on the SIBES Wadden Sea project. 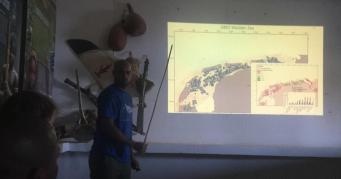 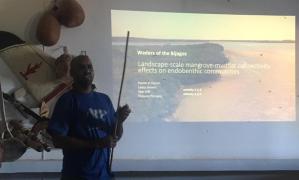 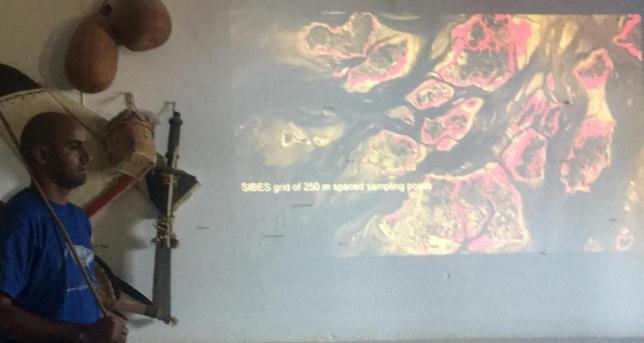 Guido Leurs, the shark specialist in the project. 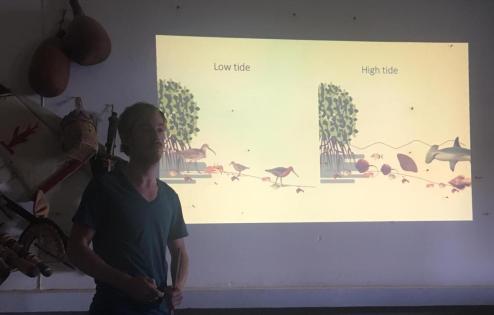 Laura Govers, University of Groningen, summing up the conservation relevance of the project. 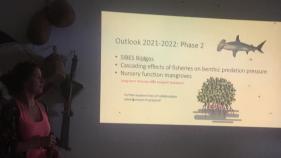 The team is taking off for a night of catching: 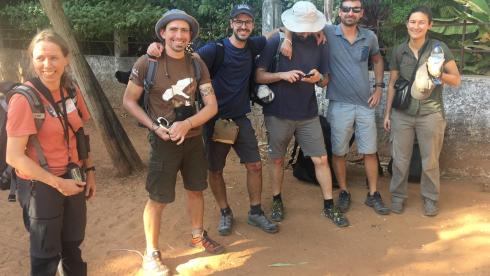 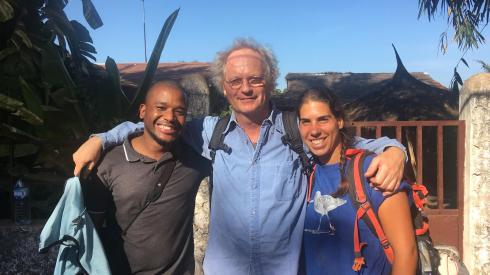 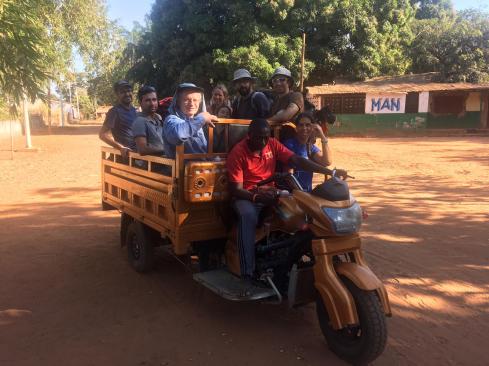 Here we were dropped off from motocar. Legwork from here on: 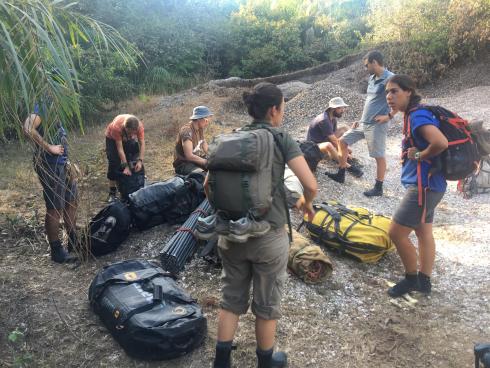 Reaching the camp at the edge of the mangrove, and then some mangrove work, to reach the area where we want to set the nets: 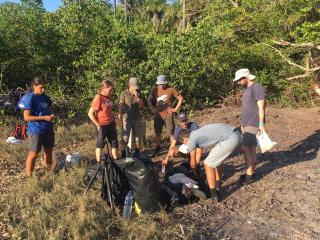 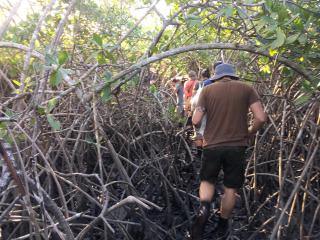 Net setting in the mangrove (with Anna Coelho in the middle). Afonso Rocha setting up the decoys. From here it’s waiting for darkness and for a catch: 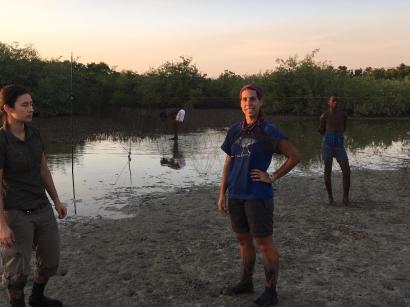 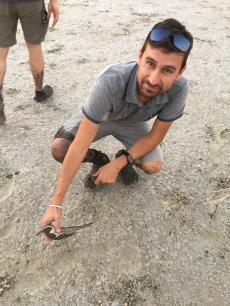 Processing the catch (!) in the middle of the night: 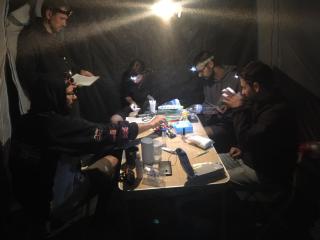 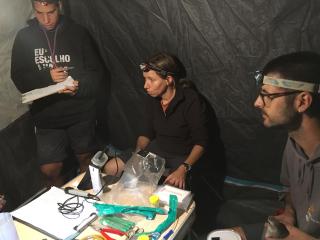 Datatagging a Grey Plover by Teresa Catry and Jorge Gutiérrez 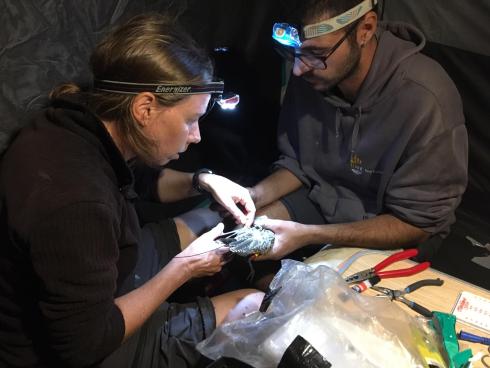 And the aftermath, with Afonso Rocha: 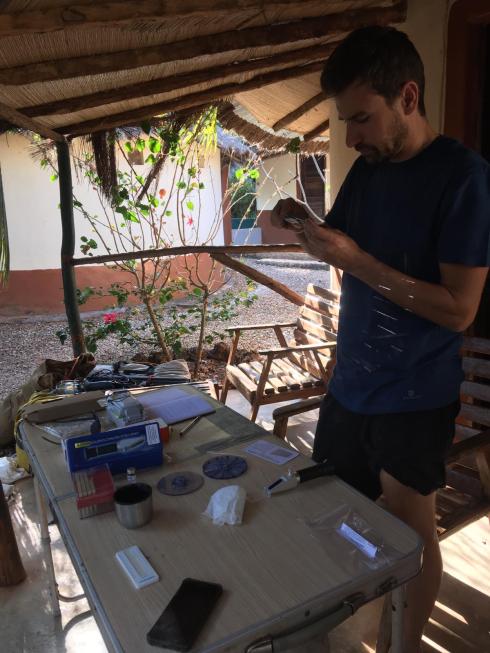 An important part of the work is collecting data of birds with colour-rings, either ringed during this expedition or elsewhere in the Flyway.

The first weekend of February 2019 Jorge Gutiérrez resighted a male Red Knot with a yellow flag and four colour rings. After some text messaging back-and-forth with Job ten Horn and Jan van Gils from the Royal NIOZ , it turned out that he was captured and ringed at its breeding ground in Taymir, Russia, last summer on 17 July 2018. At that time he was guiding his chicks over the tundra. Obviously when Jorge saw him he had a breeding plumage score of 1 (and not 5 as in this photo).

Project title: Waders of the Bijagos – Securing the ecological integrity of the Bijagos archipelago as a key site for waders along the East Atlantic Flyway