On this page you will find information about art projects in which our researchers are involved.

In July 2018, Janet Essley in collaboration with biologist Lee Tibbitts, launched the The Red Knots Project: A Cultural Cartography of a Migratory Bird’s Annual Journey online. This project maps the annual migrations of Red Knots, from Southern to Northern Hemispheres and back, via Janet’s artwork inspired by the human communities with which the shorebirds have intersected for thousands of years. TeamPiersma is a member of the flock that has inspired Janet and Lee.

Kanoet is a co-production of Foundation Pier21 with Garage TDI. A beautiful performance making children look at nature with different eyes.

Actor Theo Smedes, known from the youth theater show ‘Tomke’, plays the role of Mient. Mient is a boy whose father investigates waders and he dreams of being able to fly himself. On stage he has a large collection of stuffed birds that live in the Wadden Sea and fly all over the world: red knots, brent goose, sanderling, bar-tailed godwit and spoonbill.

The children learn about the wondrous behavior of wading birds, the connection of our Wadden Sea with Africa and Siberia and the connection between different ecosystems. And about the power to find your way on your own wings. 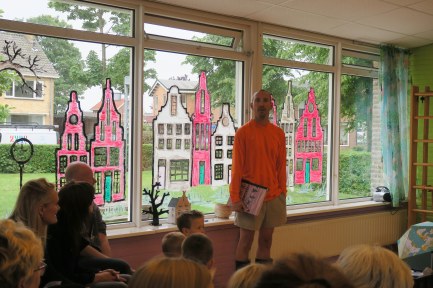 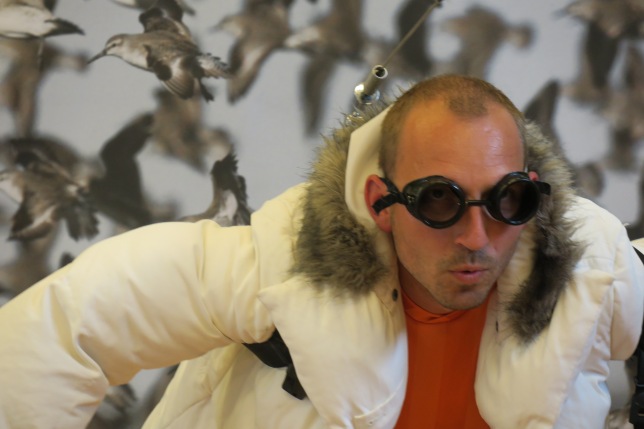 Mient prepares a presentation for father about Wadden Sea birds. He has already prepared all stuffed birds and “things” from the mudflats, but his father will not show up. Mient is by himself. He tries – with the help of the children from the audience – to tell his father’s story as good as possible. Fortunately, father has taught him a lot, but if only he could ask him a few things… In the end he gets in touch with his father in a surprising way.

He appears to be sitting on the Siberian tundra, with a nest of young knots! It is clear that his father will be too late for the presentation, but Mient proves that he can do it alone – just like the chicks. If he does not get answers to his questions, he always has his empathy and imagination.

The ‘digital role’ of the father is played by a real professor, Theunis Piersma – professor of Flyway Ecology at the University of Groningen and Wadden researcher at the Royal NIOZ on Texel. 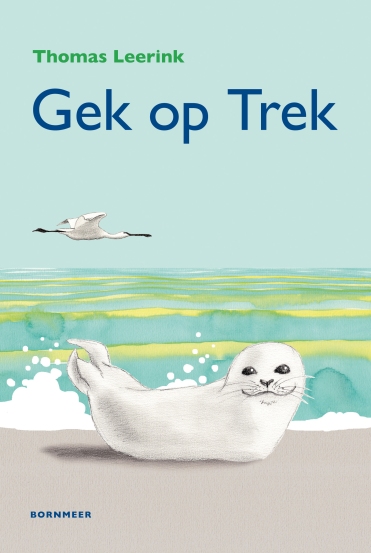 The school class helps teacher David with his research on migratory birds. This is the start of a fun and educational adventure about birds that eat rice, about brown seas and banana-shaped predators. But also about peculiar sensitivity tests, pink vomit and birds with feathers as white as ice.

Will the children be able to carry out all the assignments they have to make? And what is all in the teachers’s scrapbook that he takes everywhere? (In Dutch).

TRACKS – the sound and science of bird migration

Theunis Piersma (professor at the RUG) and Sytze Pruiksma (composer and percussionist) performed the show TRACKS during the 2017 edition of the performing arts festival Oerol on Terschelling. Sytze’s poetical music compositions of bird sounds and the stories of Theunis and Sytze about knots and godwits were weaved together in a engaging and moving theater piece about passion for birds and concerns about our shared world. Migrating birds have stories to tell, and perhaps we should listen.

The show was directed by Jos Thie from PIER21. Between 9-17 June 2017 there were 19 performances, in the Westerkerk, in the town of West, steps from the ferry and the mudflats. The Theaterkrant published a glowing review: “A brilliant musical masterclass”. Also Cultuurpodium reviewed the show  –  in Dutch. 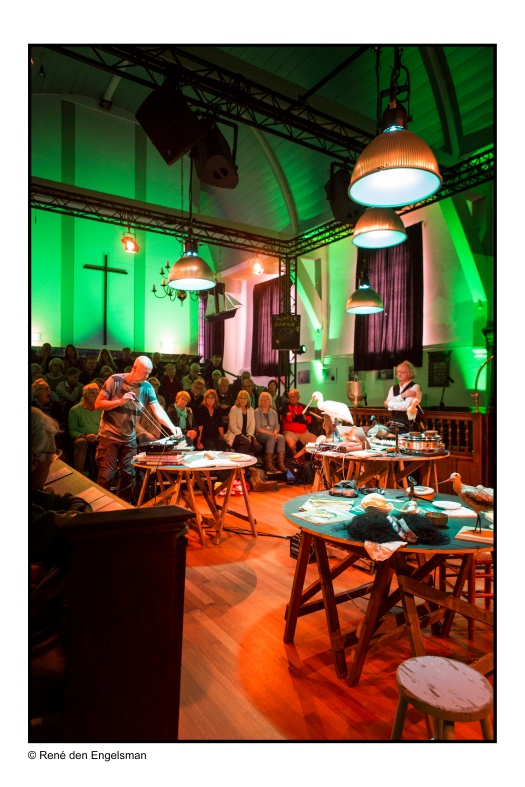 ‘Marathon Migrants’ combines the narrative of bird ecologist and Wadden researcher Theunis Piersma with the sublime pictures of Jan van de Kam, a high regarded bird photographer. Van de Kam and Piersma have worked together for decades and in many places in the world, on mudflats of the Dutch Wadden Sea, Mauritania, South America and Northwest Australia. The scientific eye of the photographer has resulted in more than just beautiful images of nature.

Shorebirds draw invisible lines in the air and while migrating they express incredible ecological insights and navigation skills. They travel thousands of kilometers from feeding areas to breeding areas. This requires physical performances which are similar to running a marathon.

‘The delightful combination of wonder and insight is our best bet at nature conservation. This book is a fairy tale and a scientific discovery in one. The epic journeys of shorebirds in all corners of our blue planet cannot but baffle us earthlings.’ Johan van de Gronden, in his capacity as CEO WWF-Netherlands. This book can be purchased through Bornmeer Press. Marathon migrants is also available in Dutch as “Reisvogels”

On 31 March 2016 Thomas Leerink published a children’s book titled Uitblinkerz! . The book is available at Bornmeer Publishers. In this illustrated children’s book the main character Tijs is involved in research in het Dutch Wadden Sea. Tijs learns how the mudflats and seawater are of main importance for Red Knots.

Theunis adviced by writing this childern book of Lidat Dykstra.

Sense of Place, a 3-days event our group organized as part of the performing arts festival Oerol in June 2016. One of the most fun and interactive events was Breakfast on the Mudflats, an authentic experience of tidal foraging! Watch this interactive seminar of food landscapes here.

One of the other successful elements of this event, the show TRACKS, will again be part of Oerol in 2017. “TRACKS, the sound and science of five migrations” is performed by by Theunis Piersma and composer/musician Sytze Pruiksma, and directed by Jos Thie. More information (in Dutch) can be found at Pier21.